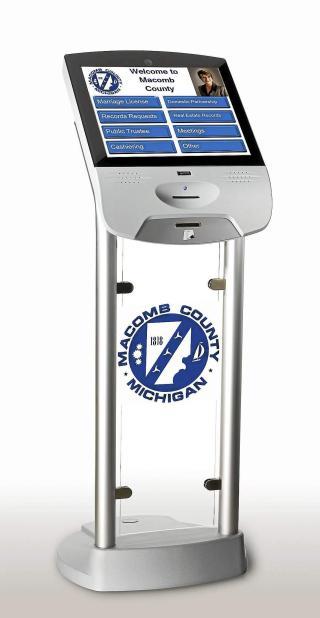 By Chad Selweski, The Macomb Daily

Long lines of people at the Macomb County Clerk’s Office seeking gun permits, birth certificates or court documents could soon be eliminated through a high-tech system that will save you a virtual place in line while you take care of other business.

The “virtual queuing” system tentatively approved by county officials on Monday allows residents to essentially make an appointment – either online or at an electronic kiosk at the clerk’s office – and then receive a notification via cell phone or email as their turn for service approaches.

“Right now, when people come in, they really don’t know where they’re going. It’s so confusing. They look around and they feel lost,” said county Clerk Carmella Sabaugh.

“… It’s time we took a serious look at making waiting in line for government services less tedious. Well, I don’t know if I would say it’s tedious but … a person should not have to stand in line in order to be in line.”

Among the services provided by the clerk’s office, located in the county courthouse in downtown Mount Clemens, are death certificates, property deeds, business registrations and passport information.

Under the new “customer flow management” system, which is similar to approaches taken by some retail corporations, a person who chooses to wait at the Clerk’s Office can go to the bathroom or put more money in their parking meter or take a personal phone call without losing their place in line.

A nearly identical system is used on a smaller scale by Clark County, Nevada, and Scottsdale City Court, Arizona. It is believed that Sabaugh will be the first official in Michigan to utilize virtual queuing and may put it to its most extensive public sector test in the nation.

The cost of the hardware and software is $174,000. The lone bidder was Qmatic, which is based in Sweden and has developed customer service software for three decades. An affiliate, Minnesota-based IdentiSys, will handle the installation of the computer equipment.

At Monday’s meeting of the county board’s Government Operations Committee, some commissioners questioned the price tag and the relatively long-term maintenance agreement, which extends for up to five years.

“We have a winning track record on software and technology and we feel good about this one,” said Deputy Clerk Todd Schmitz.

The new process will build upon the “FastPass” system created by Sabaugh in 2011, which lets customers make appointments online, then check-in on their phones to time their arrival, skipping any wait.

The latest innovation is also similar to the clerk’s office provision for those called to jury duty, which provides them with a hand-held, restaurant-style buzzer that alerts them when they are required to report to a courtroom. Like virtual queuing, that process allows people to window-shop or grab a snack in downtown Mount Clemens rather than standing in line.

High-tech customer flow will also be put to use at Sabaugh’s Register of Deeds office, which has experienced lines out the door and people blocking entrances and exits. The office, which records all Macomb County real estate transfers, has experienced a sudden resurgence as the number of recorded home sales approaches the heights of 2005-06, according to officials.

The Register of Deeds is located temporarily in the Clemens Center, located down Main Street from its previous home at the old County Building, which suffered a fire in the spring and remains closed.

Eventually, plans call for nearly all of Sabaugh’s services to be re-located in the former Talmer Bank administration building, located adjacent to the Clemens Center. At that site, the clerk anticipates using a decidedly low-tech method of speeding customer service – a drive-in window.

After receiving unanimous approval from the Government Operations Committee, the virtual queuing proposal still faces a formal OK from the commissioner’s Finance Committee and full board on Dec. 12.